Spiders in McKinney are creepy, crawly, and often feared by homeowners. But how much do you actually know about these arachnids? While spiders can be a huge nuisance and even pose some health risks, most spiders aren't harmful to humans. However, if you're looking to get rid of spiders in and around your McKinney home, look no further. EcoArmor Pest Defense will offer some interesting facts about spiders, debunk a few myths, and discuss how to eradicate these pests for good with McKinney pest control. 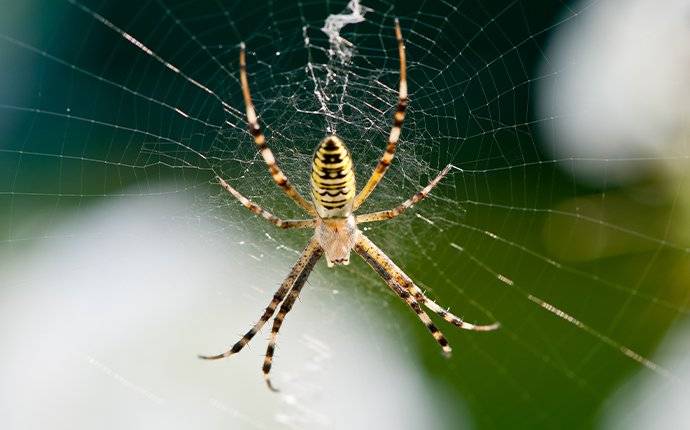 Here are five strange but true facts about spiders that may just surprise you to learn:

Now that you know a little bit more about these eight-legged creatures, let's move on to why they build webs around your home.

Why Do Spiders Build Webs?

Spiders build webs for a few reasons. The first is to help them catch prey. The web acts as a net, trapping insects and small animals that get tangled in it. Another reason is to protect the spider's eggs. The web acts as a barrier between the eggs and potential predators. Spiders also build webs as a way to communicate with other spiders. They do this by leaving chemical trails on their webs, which other spiders can follow.

When it comes to home defense for spiders, the best thing you can do when you see a web is to vacuum them up and dispose of them. You can also get rid of spiders naturally by using essential oils such as peppermint, lavender, and citronella. Simply mix a few drops of oil with water in a spray bottle and spritz the solution around your home, inside and out. However, if you have a spider problem that's out of control, it's time to call in a professional service like EcoArmor Pest Defense.

Now that we've gone over some facts about spiders, it's time to debunk some myths. You may have heard some of these before and not realized they were false:

Spiders can be fascinating creatures and are important to the environment. When it comes to your home, however, they can become a nuisance. Additionally, spiders are predators that can indicate the presence of other pests. If you've been seeing spiders all over your McKinney home, EcoArmor Pest Defense can help.

EcoArmor Pest Defense offers a comprehensive approach to McKinney spider control and extermination. Since 2013, we've gone above and beyond for our customers and treated your home like our own. We will work with you to create a customized home pest control plan that fits your specific needs and gets rid of your spider problem for good. Contact us today.

Get Your Free Quote

Complete the form below to receive your no obligation free estimate from EcoArmor Pest Defense.

Always very professional and thorough. Wouldn’t trust any other pest control company to come into my home. Always honest about the chemicals they use and how to help my fur babies not get exposed to things they shouldn’t be around until the stuff dries. Awesome service.